What Does Spirit Really Mean? 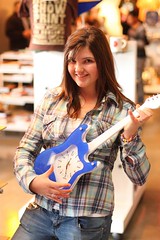 Last weekend forty enthusiastic IPS students from every grade represented the School at an international ultimate tournament in Washington State. Spring Reign is the largest youth ultimate tournament in the world and it brings together teams from Washington, Oregon, California, British Columbia, Manitoba, Alberta, and beyond! IPS has been participating in this exciting event from its inception. This year the ‘Ninja Penguins’ (Josh Baker, captain & Tessa Goldie co-captain) and the ‘Neons’ (Sachie Ricketts, captain & Alex Steele, co-captain) travelled to the States in a caravan consisting of two vans and a bus along with their chaperones and coach. The group left Bowen Island on Friday morning and stopped off at the Experience Music Project in Seattle enroute to their hotel. 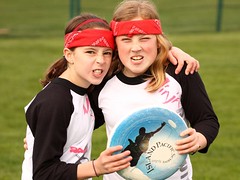 Ultimate IS the school sport at IPS. We have always sent teams to Spring Reign so it was not surprising that IPS was singled out by tournament organizers as being an integral part of the event. We turn heads at the tournament in part because we are good at ultimate, but mostly we turn heads because of how our students treat each other and their opponents. Our teams are recognized—internationally—for their sportsmanship, commitment, spirit, and athleticism. The rules of the game promote a fellowship among (and between) competing teams that is sorely lacking in most sports. In playing ultimate young people learn to co-operate with each other in ways that make room for difference both on, and off, the field. Wacky costumes; spontaneous cheers; rooting for your teammates and opponents—collectively these underscore to young people the importance of competition, collaboration, and good will play in a sport that values “spirit” as much as anything. Consider what the Vancouver Ultimate League has to say about spirit on its website.

“Spirit is a combination of respect, integrity and dignity. There’s no dignity in choosing to break the rules when the opportunity arises, or respect for others or yourself in arguing to gain advantage. Respect also means understanding that, no matter how sure you are that the disc was caught out-of-bounds, someone else’s reality may be different, and to accept that disagreement without anger or argument. At the cornerstone of all of this is an understanding that your opponent is not your enemy, that without that person or team you couldn’t play the game. Playing with spirit does not imply you don’t play to win, only that you play to win fairly and honestly. The great thing about spirit is that it can be contagious: the more people that embrace it, the easier it is for others to catch. At the highest level of spirit, two teams can give their every effort on the field of play and walk away smiling, regardless of the end result.”

I am proud to be the Head of a school that has as its primary focus the game of ultimate as its primary sport. That the Ninja Penguins from IPS were awarded the Spirit Award at Spring Reign speaks volumes about our school and its Ultimate Coach, Karla Everitt—an IPS Alum from the Class of ’99. Thank you, Karla. 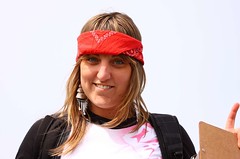 Thanks goes as well to IPS parents Susan Ross, Caro Johnson, Marjan Schedler, & Gale Lyttle who braved the journey and chaperoned our students. Barb Bingham was exceedingly helpful in organizing the logistics for the trip; Peter King provided safe transport for most of our students on his bus. IPS parent, Jon Heath, did the same for the Grade 9s by driving a 15-passenger van. Camp Bow-Isle’s Ben Vaughn assisted Karla in coaching as did our Assistant Head of School, Brad Ovenell-Carter. IPS Alumni Travis Haggerstone (‘03) and Jason Campbell (’01) need to be thanked for their efforts in helping coach our teams throughout the season.

Finally, Laura Ruloff, Susan Ross, and Dee Anderson worked late on Thursday night to help stencil the team Ninja’s uniforms. They were designed by Colin Ruloff who was assisted in stenciling his creation on the Ninja uniforms by Jack Anderson, Josh Baker, Tessa Goldie, and Brianna Forbes-Crowe.

For a student’s perspective about the tournament, the trip, and the important role it played in the lives of our youngest students please read Noah’s recent blog posting.